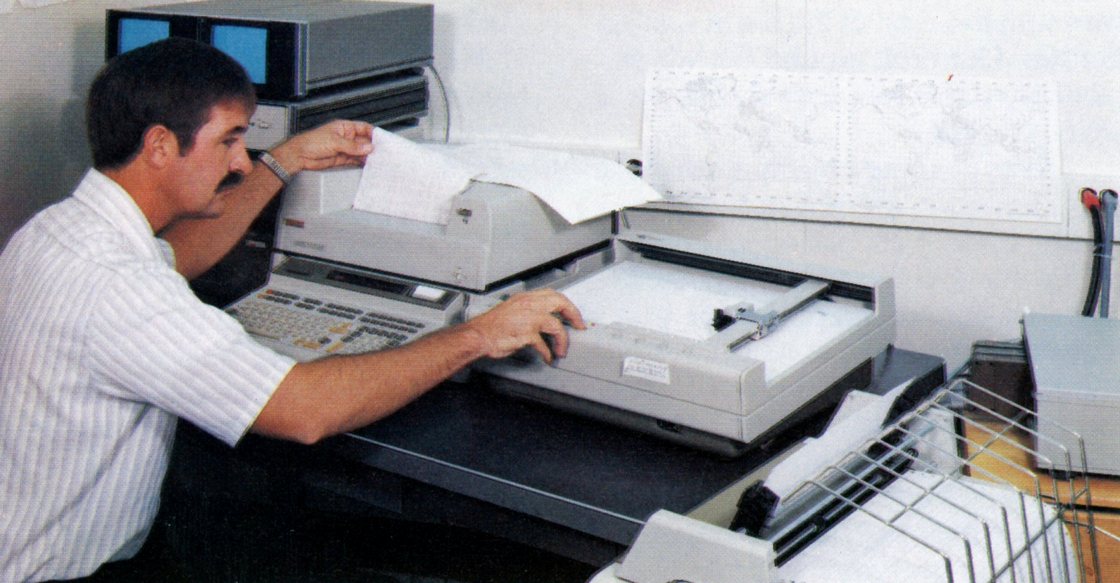 These printers are suprisingly robust for their age. Six of the seven units at the museum are fully functioning. The non-functioning unit had a defective low voltage power supply. If you have power and paper advance, but no printing, then you probably have a defective high voltage power supply. Among the working units, none has degraded print quality. At the rear of the printer, there are black plastic pieces on each side. These become brittle and break away with time (just like at the back of the 9830), but this does not affect functionality.

Normal thermal rolls for fax machines will work as paper in the printer, and the media is easy to load. The biggest challenge in incorporating a 9866 into a computer system is often finding the right cable. Original cables are much more difficult to find than the printers themselves.