Videos add a lot of life to the museum. Videos provide a record of real movement, sound and action from the time they were produced. Our oldest video is an absolute classic from 1968 featuring the 9100 desktop calculator/computer. The acting and photography in this black and white video is exactly what you would expect from the period. The oldest Australian video held at the museum is from 1972; it is film footage of the 2100A minicomputer in use with various HP peripherals. The best clip from this video is on the 2767A printer page. The museum also has over 40 HP TV commercials from the 1980s and 1990s; the oldest of these was filmed in 1981. Please be sure to visit our TV Commercials page to see snippets from some of these classic advertisements.

In addition to TV commercials, HP produced videos for product training, product promotion, event promotion, company visions, company history and many other purposes. A few of those videos are described here.

From the late 1980s through the mid 1990s, HP Australia employed a promotions company to run events and assist in promotions. This company, Epic Events was run by Janet and David Schloeffel. Among it’s many works, Epic Events produced some very creative videos (especially when measured against typical HP standards of the day). These videos were very entertaining and often drew parallels between HP products and historical figures, events and works of art. To many of the uninitiated, it was not always intuitive how the HP LaserJet 5L was like…….Vincent Van Gogh!

Do it now! Like old magnetic computer tapes, old video tapes degrade over time. Some formats are much worse than others:

Betacam - These half-inch cartridge video tapes were used from the early 1980s into the current century. They produce excellent quality output. However, they are also the least stable of the older video tape formats. It is common for tapes older than fifteen years to be unreadable. It is uncommon for tapes older than twenty years to be readable. Frequent head cleaning of the playback machine is often required to obtain an acceptable archive result from an old Betacam tape.

One Inch Reel-To-Reel (Type C) Tapes - Like Betacam, these old tape reels produce outstanding output quality. They were used from the mid-1970s through the 1990s. Unlike Betacam, these old tapes are generally fairly stable. We have found that even thrity year old tapes are usually readable. But, the older a tape is, the more likely it is to cause clogging problem on playback heads, so don't wait too long to convert these tapes to digital format.

Umatic - These 3/4" catridge tapes were used throughout the 1970s and 1980s. These tapes produce much better output than VHS tapes, but not nearly as good as Betacam or Type C tapes. Umatic tapes are also fairly reliable. Thirty year old tapes are usually readable, but tapes older than 35 years can be problematic.

VHS - These common half inch cartridge tapes are fairly robust. This format was commonly used from the late 1970s well into the current century. Most tapes are readable, regardless of age. The output quality of these tapes is fairly mediocre compared to the other formats. Original professional productions were never filmed in this format. Rather, it was used as a low cost playback format. “1995” was HP’s vision for computing six years from the date of production. This 17-minute video follows the working lives of a few people and highlights how computer technology greatly enhances their productivity. Particularly strong themes are remote teleconferencing, voice recognition and the ease of communication between the computers of different companies. It was also an ad for New Wave. All technologies showcased were currently available in 1989. Like all “vision” videos, this one was very optimistic. As of 2013, the only commonly used technologies highlighted in the video are flat-panel screens, video teleconferencing (Skype) and frequent frowning at high telecom bills.

“World Class”. This Epic Events video was produced for HP Australia employees. It featured HPA’s new managing director, Bill Hilliard as well as Adrian Wiess, Greg Kershaw and Joanne McKeller. The topic of the 13-minute video was what it meant to be world class and what it took to get there.

“A Look At Selling Tomorrow”. This very-professional HP-corporate video looks like a slick end-user promotion. It is very much a “vision” video, but was produced for HP employees. It highlights how the instant availability of information will affect how customers buy and how much more detailed and refined customer information will affect how companies will sell. Despite HP’s enormous strength in printers at the time, the video (incorrectly) predicted the end of paper in many applications. This 8-minute video used the same laptops and some of the other images that were used in “1995”. 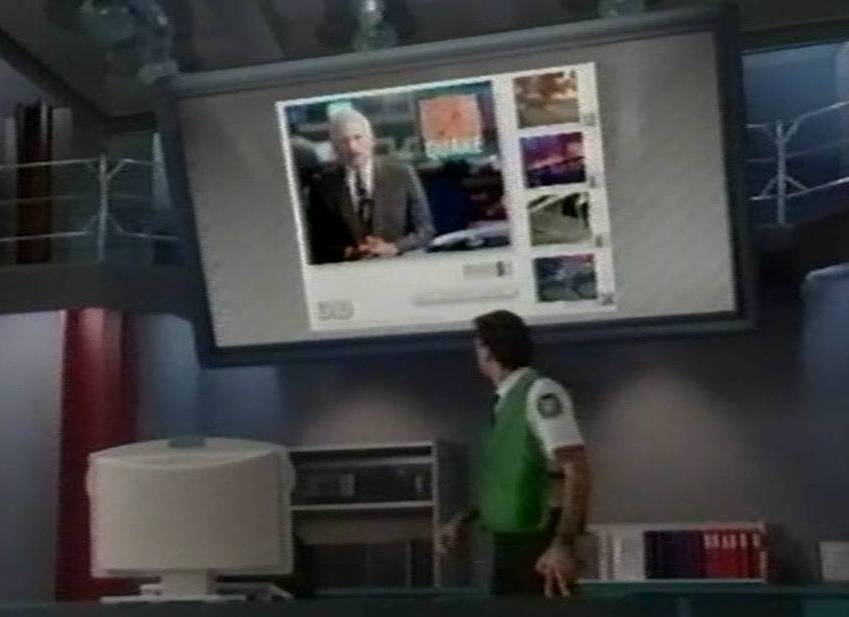 “Synergies”. This HP-corporate video is more commonly remembered as the “Earthquake” video. “Synergies” is a wonderful production that illustrates how computers would assist emergency services workers in the event of a disaster, in this case a Los Angeles earthquake. The most interesting device was a PDA that featured a built in camera, voice recognition, handwriting recognition, video telecommunication and wireless network connection. Run time: 14 minutes.

“Creating The Future”. This 23-minute video was narrated by Joel Birnbaum, head of HP Labs. He discusses HP’s leadership in the evolving measurement, computation and communication world. HP is one of only 3 companies in the world to do all 3 (Siemens and Hitachi being the others). Includes illustrations from previous “vision” videos.

“Magellan”. This 15 minute video, found at this link, is a “story illustration” of the measurement, computation and communication theme. It showcases virtual reality, global videoconferencing, voice control, flat screen monitors and tablets, all well in advance of the time. Three years later, HP divested the measurement business (Agilent).

“The HP Way”. This 19-minute video was produced for HP employees early into the Lew Platt era. The video was intended to reinforce the meaning of The HP Way and it’s continuing application at a time when HP beginning to outsource more functions, particularly manufacturing. 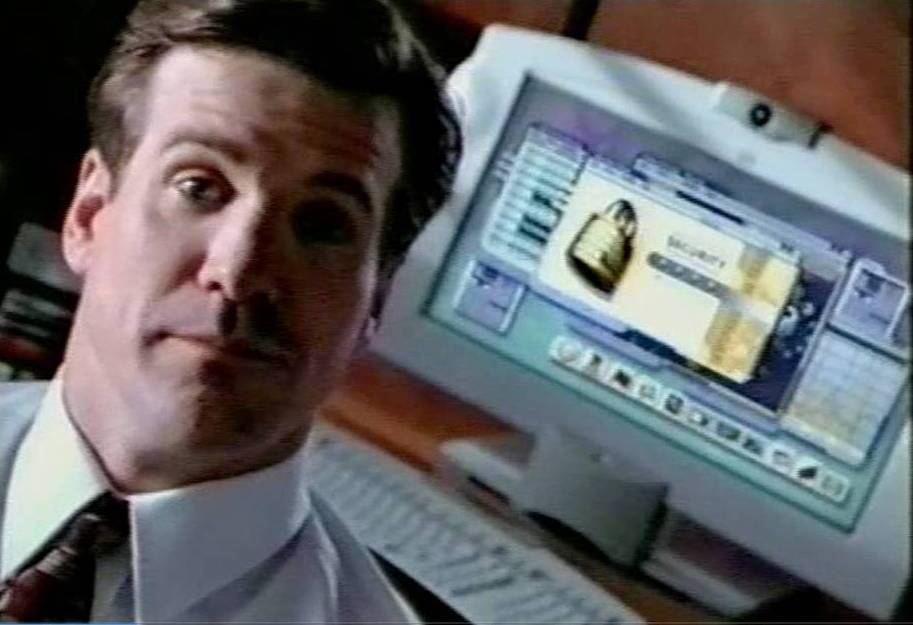 “First Global”. This 8-minute video tells the story about how a financial service services company redesigned it’s internal computer system to enable information anywhere to be available to anyone who needed it (unlike most system of then….or now). “First Global” emphasizes one-to-one marketing.

“Self Made in California”. This 22-minute video is an outstanding history of the company. It includes many historic still photos and video. It also includes interviews with industry and other luminaries, including Steve Jobs and Condoleeza Rice.

“Cool Town” is HP lab’s 8-minute vision of the use of computing in the future world. It places great emphasis on the web and the interconnectivity of just about everything to the web. Illustrated applications include: car maintenance, business presentation, education and emergency medical response. Very slick and entertaining.

“Origins” is a 24-minute history of HP, similar to “Self Made in California”. It includes some wonderful old footage of Bill and Dave and of the company. Very well done.

The museum’s collection of product videos is very limited. Many terrific promotional videos were made in the 1980s and 1990s, but we only have a few of them. Please contact us if you know where we might be able to obtain more of these old stories. 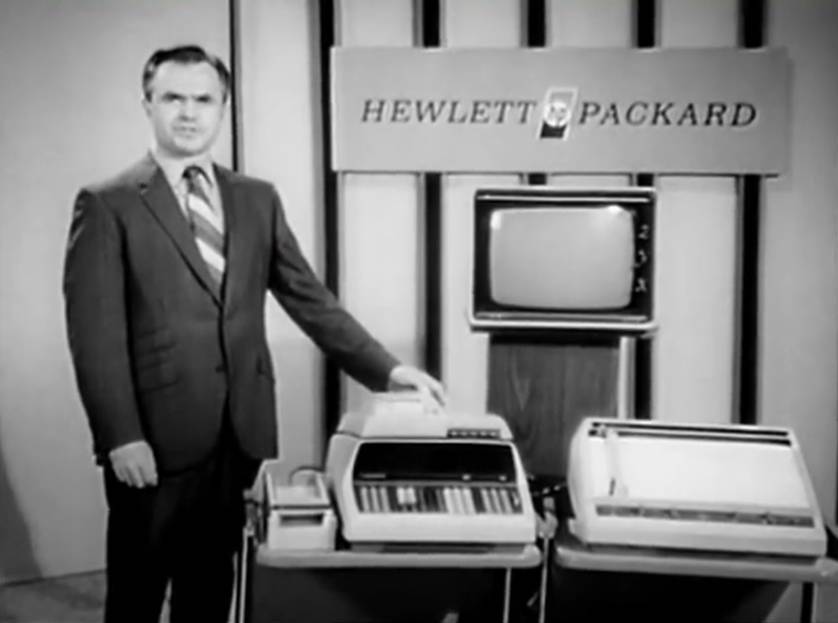 HP produced a very thorough sales video for the 9100A and attached peripherals including the 9125A plotter, 9160A card reader, 9120A printer and 9150A large output monitor. This video was designed to sell the 9100A into classroom environments. 21 minutes. 9500 test system including 2116 computer. This fifteen minute promotional video describes the use of an HP 9500 test system used in support of operational deployment of Saab Viggen fighter jets. The video includes images of numerous HP rack-mounted instruments as well as a 2116 computer, 2748 paper tape reader and a Teletype machine (however, the disc drive used in the system is not HP). Part number 90030-799. Click here for a 20 second sample. This video was donated by the AEF Historical Arboga Electronics Society. 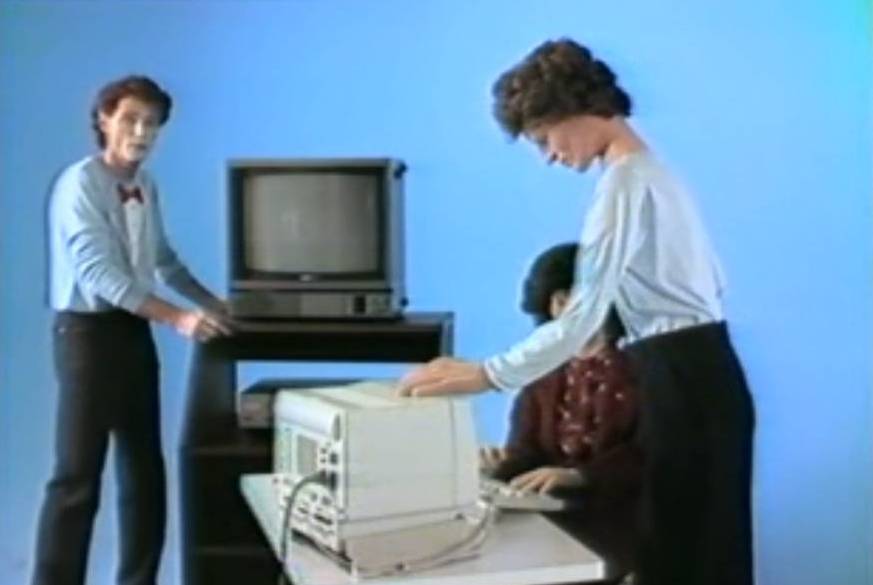 HPToday introduction and training videos. These videos introduce HPToday and provide a product demonstration. HPToday was software produced by The Australian Software Operation. 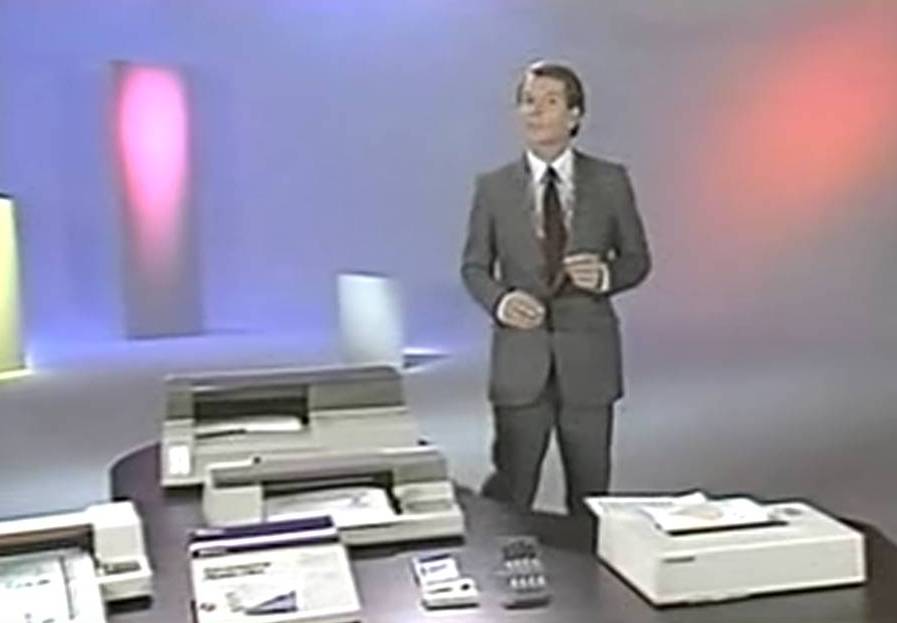 Demonstration of JetStream by the Australian Software Operation.

3000 - Mainframe 101: Mainframe Environment. This video is an unscripted presentation by HP 3000 product manager Robert Winter to HP sales people on the positioning of HP 3000 computers against IBM - 1:51:00. 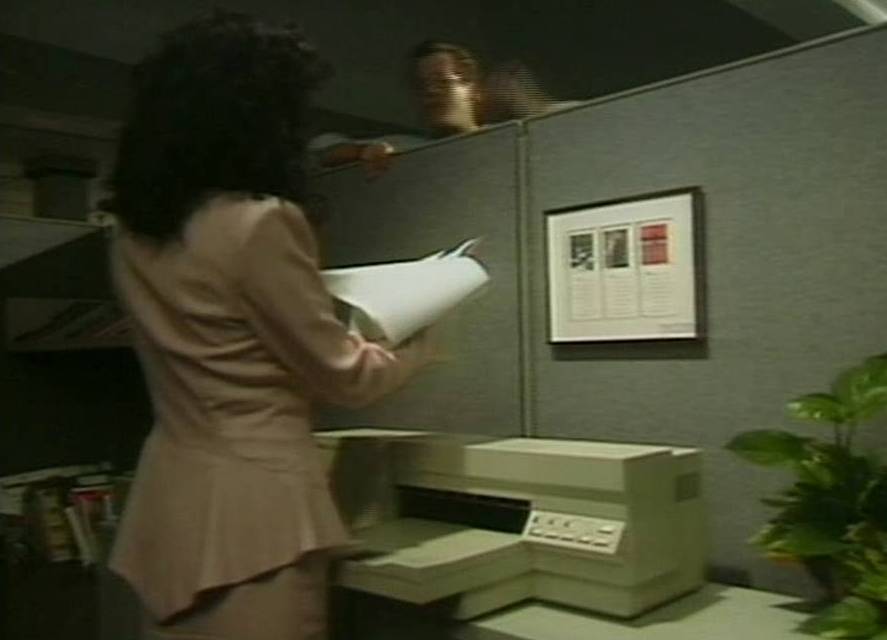 3000/9X7LX. Getting to know your system. An introductory video for users before the new system arrives and for set up. 17 min. 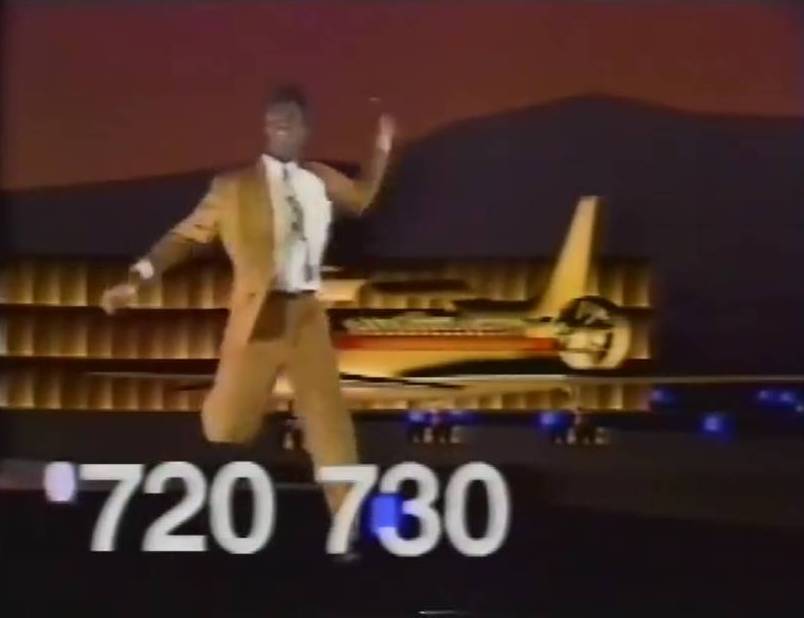 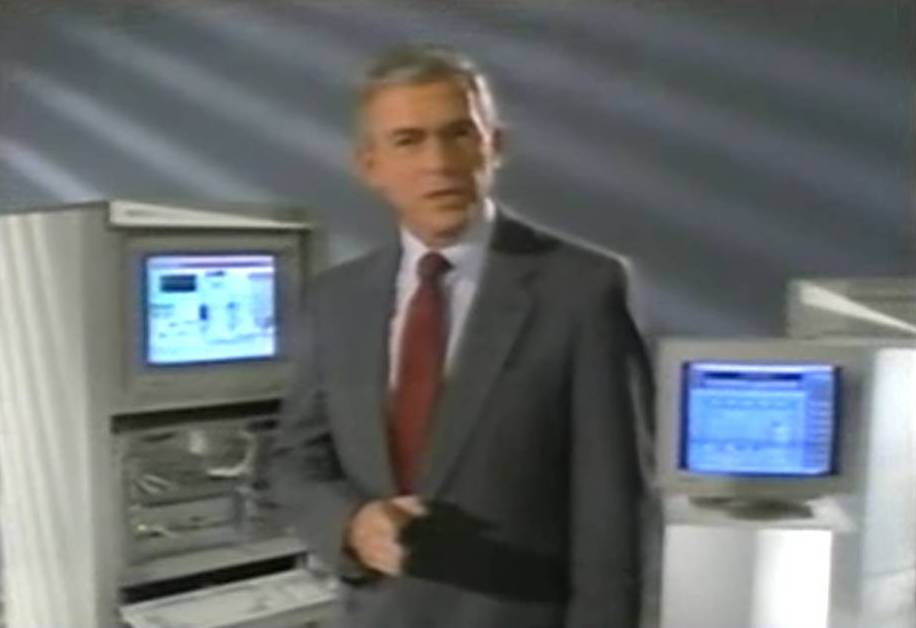 "Driven for Success". USA video promoting the introduction of the LaserJet 4/4M - 13:36 min. 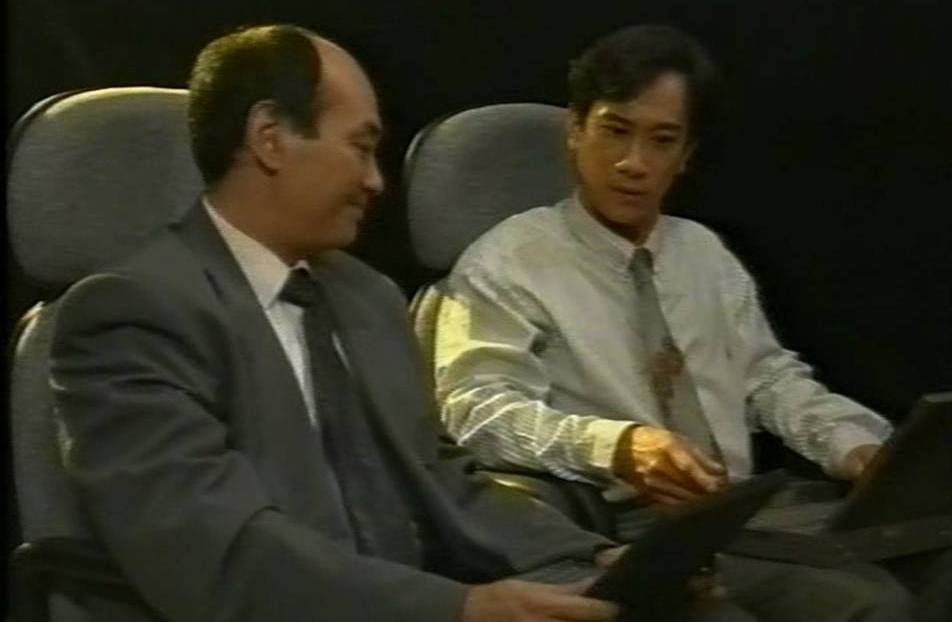 LaserJet 4P/4MP promotional video. This is an entertaining story of a man who goes into a computer dealer to buy a printer and gets transported into the new HP laser printer – 13:20. 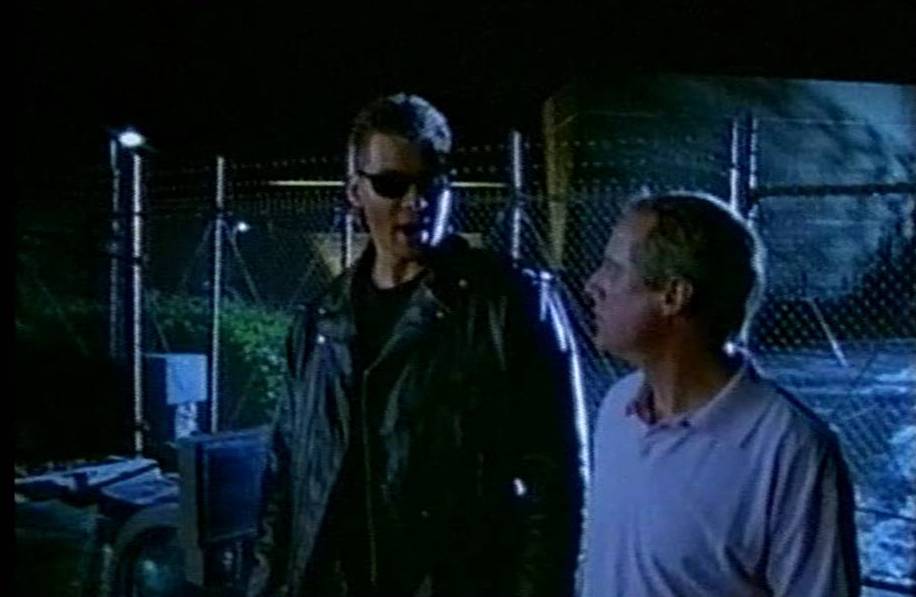 “We’ll Be Right Back”. A very creative promotional video for the LaserJet 4+ amd 4M+. This video incorporates spoofs of TV programs and feature films (including “Terminator II”) – 8:50.

Betting Your Business. Using HP 3000s for the order processing function of a mid-sized mail order company. This video was produced by HP's 3000 division primarily to position 3000 computers relative to Unix computers (which were largely replacing "legacy" systems in the industry at the time). The video attempts to espouse the benefits of 3000s without putting down HP's own Unix offering – 16 min. 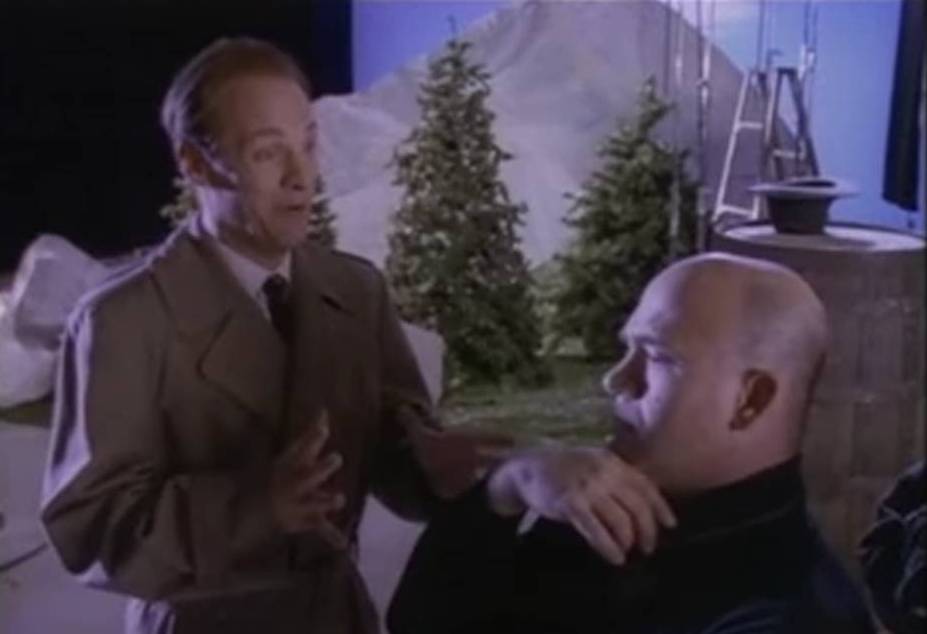 
Production, Event and Other Videos

“Great Connections”. This HP Europe video promotes the benefits of dealing with a single vendor. It compares the approaches of two MIS managers – Mr Smith and Mr Jones. 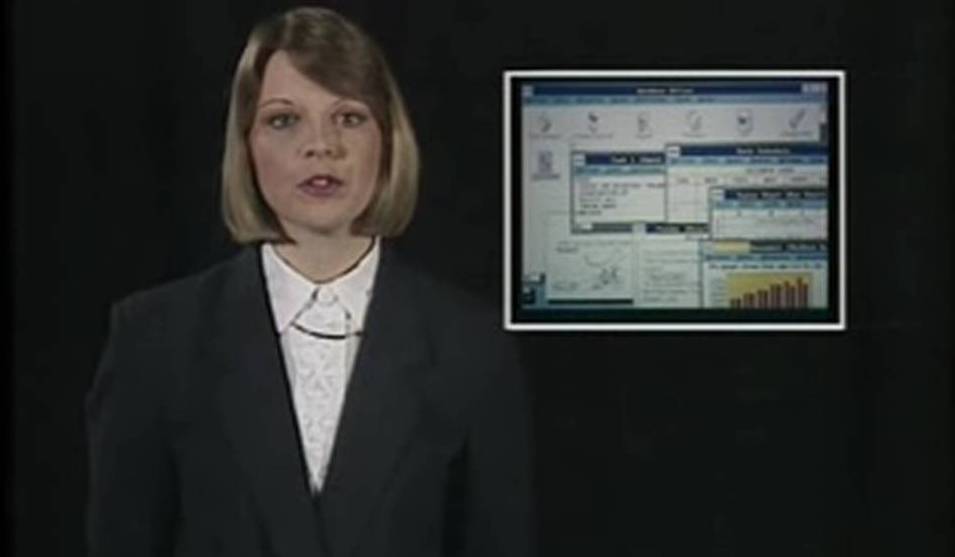 “Blast Ahead in ‘91”. This Australian production was an introduction of opportunity to the upcoming HP fiscal year which was starting during the worst economic downturn since the great depression. Duration 14:20. Click here for a 14-second clip featuring network management. (4.9 Mb).

"A Step-By-Step Guide To Trouble-Free Computing". This video was produced by HP’s PCG Europe and promotes HP PC’s quality, ease of set up, etc – 2:30. 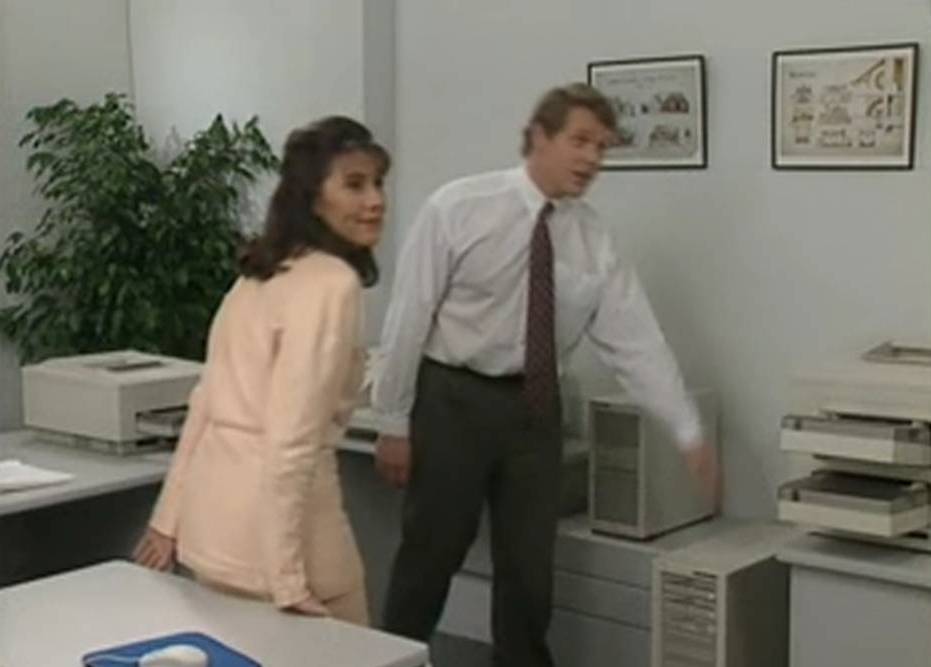 “Drug Testing At The 1992 Olympic Games”. This video is primarily a promotion for HP’s chemical analysis business. The video shows controllers for these systems including 300 Series computers – 3:20.

“Great Impressions” was an Australian traveling road show with HP and six software partners to promote combined solutions. This video is a pitch to HP dealers to get their customers to come along to the seminars. It is hosted by John Bieske, HP’s General Manager of the Computer Products Organisation. Duration 12:00. Click here for a 15-second clip featuring the ScanJet IICx. (5.3 Mb). “The Simple Art of Computing”. This Epic Events production introduces a large range of new HP products drawing comparisons to classic works of art. “Whistler’s Mother” would have had a lot more get-up-and-go with an HP Omnibook. Run time 31:17. Click here for a 12-second clip. (4.2 Mb).

Clips from Australian and New Zealand videos are shown with the permission of Hewlett Packard Australia Ltd or Epic Events Pty. Ltd.